Complete results and photos from the race are available through a link here.

Chris Ploch of DRJ Racing (and an Alpine Shop Bike Technician) took over the lead from fellow Alpine Shop employee John Mathews just after the first lap and never looked back. Ploch built a sizable lead throughout the first 45 minutes of racing and established the early lead for the series championship. 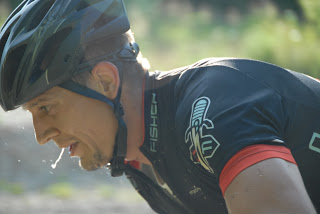 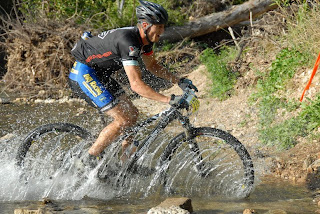 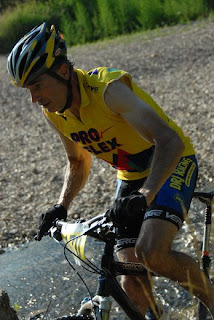 Ralph Pfremmer- course designer, racer and owner of Lone Wolf Coffee and Wapiti- established a tight winding course through the start/finish line for each lap in the meadow just past the entrance to the park; but nowhere on the course was as difficult as the crossing over Keifer Creek. Continually stopping riders in their tracks as they had to navigate the water and then immediately climb the steep bank, only a few of the top riders could power up the slope without losing an obvious amount of speed. 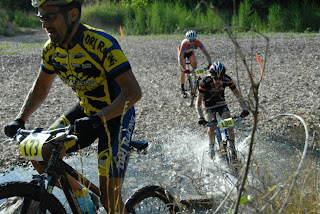 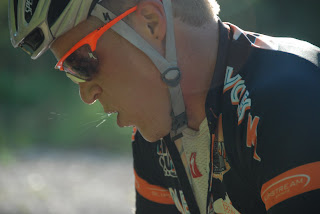 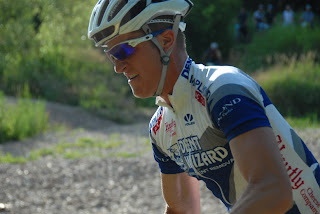 The Alpine Shop Short Track Dirt Crit Series continues this Thursday, July 9 at Castlewood State Park once again. Alpine Shop will also have Gary Fisher mountain bikes available for racers or spectators to demo throughout the evening.
Posted by Adventurer at 6:51 AM No comments: 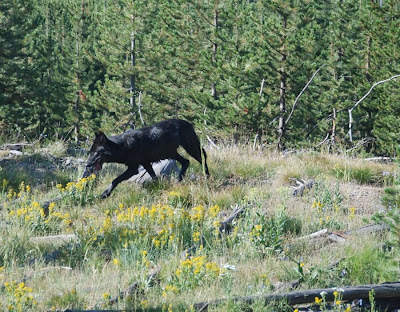 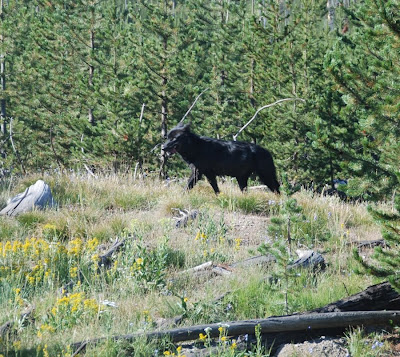 This is reported and pictures submitted by a long time Alpine Shop customer, Tom Piotter.
Posted by missouri man at 8:39 AM No comments: