Watch for Wood Warblers and Vireos this next 30 days 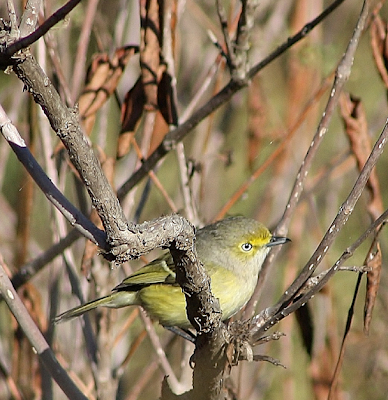 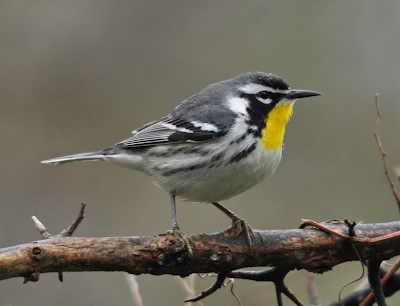 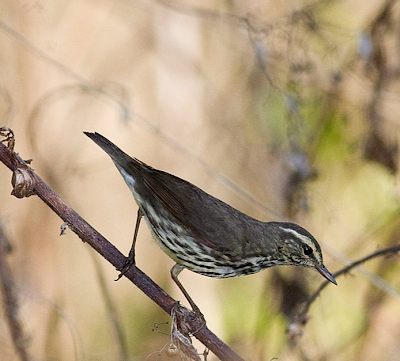 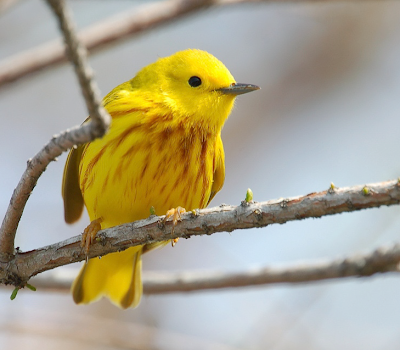 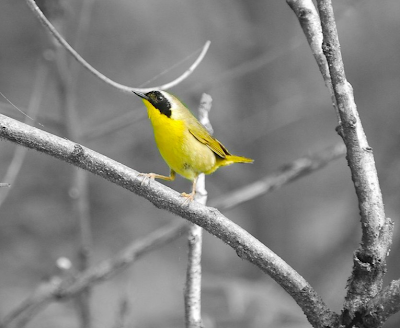 Wood warblers begin to arrive in Missouri for courtship and nesting, and some may be just passing through Missouri to the northern states and Canada for nesting. A few older birds begin their trek from South America, the Caribbean, and Central America in early March. The courtship and nesting begins in early April in Missouri and continues through June.
Warblers are small birds usually colored grey, black, bluish, yellow or orange. They spend much time in the top of trees and along creeks and rivers. Vireos are much the same but often have a buff or greenish tint.
Their songs are buzzy, of low volume, and pretty; so they are not as prominent as the larger ground and bush dwelling bird common here year round.
To view warblers in Missouri, wear rain gear, a good pair of hiking boots, carry a wood warblers guide and a pair of binoculars in a fanny pack. It your plan to photograph them, it take patience and a very good lens of at leans 300mm due to their small size, and high activity. Find a trail along a creek or river; such as Castlewood State Park or the Rockwoods Conservation Area.
I have included a few pictures of some warbler photographed by me in March; a Yellow Warbler, Yellow Throated Warbler, a Common Yellowthroat (raccoon like face) a Northern Water Thrush (warbler), and a White eyed Vireo.
Follow this link to a check-list of Missouri's 428 species of birds from the Audubon Society:
http://www.mobirds.org/mbrc/MOChecklist.asp
Posted by missouri man at 12:07 PM